Rightly or wrongly: is this African, what Mandela had done? The question of the end of the love story, between Nelson Mandela and his beloved Winnie Mandela, is worth all its importance “What N. Mandela had done concerning his heirs, was he right or not? "

Stayed for 38 years alongside the icon of the anti-apartheid struggle, six of which after his release from the prisons of racist power where he remained for 27 years, Winnie Madikizela-Mandela who divorced in 1996, had none of the fortune left by Madiba, her ex-husband.

After Mandela's death, his will, exposed by executors in Johannesburg to members of his family, granted to each of his children and to those whom Graça Machel, his widow, had with him. Samora Machel, the sum of 300.000 USD. In doing so, was it an attitude of ingratitude on Mandela's part towards Winnie? Who knows better ?? 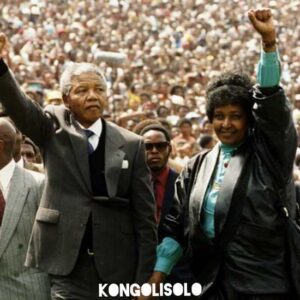