African-American Beauty: Bricktop "Ada Smith" (1894-1984), is an African-American singer, dancer and cabaret host who contributed to the success of jazz in Paris after World War I "She owes her nickname to her hair ginger "

While she was already known to New York, Eugene Bullard had her come in May 1924 to perform in the cabaret he directed, Le Grand Duc (corner of Fontaine and Pigalle streets). Soon, celebrities from all over the world flocked to this temple of jazz where there were only a dozen tables.

Friend of Cole Porter, who was staying in Paris, and wrote songs to him, Bricktop was successful to the Grand Duke, by making discover the Charleston and the Blackbottom. In 1927, she bought the establishment, which she sold to Bullard the following year and set up his own club, Chez Bricktop, (66 rue Pigalle).

Bricktop married in 1928 saxophonist Peter Duconge. In 1938-1939, Bricktop, strong of its notoriety, animated a radio program in Paris. « Bricktop makes a short appearance in Zelig, a film by Woody Allen. The director also pays tribute to him in Midnight in Paris! » 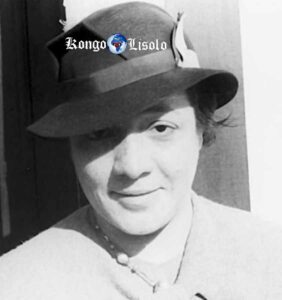