Debate - Duty of remembrance: Jean-Bedel Bokassa, former president and emperor of the Central African Republic, is the typical example of the house slave; some would say (what do you mean?); Well, the following lines say it all "During the funeral of Charles de Gaulle, Bokassa had strangely pointed out, the man had burst into tears to the astonishment of all"

No Frenchman, nor even De Gaulle's parents or family members had expressed such sorrow, Bokassa had really made people talk about the way he had mourned Charles de Gaulle, but how do Western leaders behave in the face of mourning for leaders Blacks / Africans ??

Here is the illustration:

Now where is the difference then ?? And who are more stupid than the others ?? Black / African slaves or Westerners or there aren't any ?? 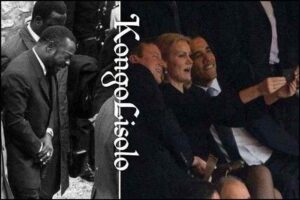