The falsification of history continues on its way: the whites want to make the world believe that the pharaohs were of their race to brainwash blacks / Africans, here is the film on Egypt with a cast made up of whites, proof that they never digested that their ancestors were the copyists of Egyptian civilization held by Blacks / Africans

Hollywood had produced a film on theEgypt with an all-white cast. It bears the title of " God's of Egypt » (the gods ofEgypt). Its production had cost over 150 million US dollars. This exorbitant investment was intended to brainwash blacks / Africans and thus falsify history into believing that the pharaohs were white.

Informed Blacks / Africans can no longer smear this aberration while in the twentieth century the famous Black / African researchers Sheikh Tapir Diop and Théophile Obenga had already demonstrated Black on White that the pharaohs were Blacks / Africans starting from the presence of melanin in their mummies. 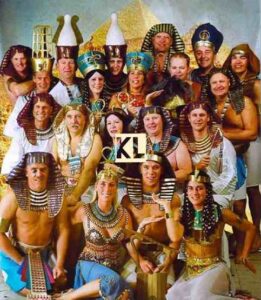