How did the Whites control the Black / African subjugation narrative? They convinced everyone that, "The truth is false and the falsehood is true"; they presented themselves as holders of the monopoly of the truth, that they keep it to themselves, and that it is her which makes them powerful, “It worked like a charm, of course. "

After having murdered, lynched, raped, enslaved millions of Blacks / Africans, the Whites were not there at their last barbarism. As if that weren't enough, they brutally converted the Blacks / Africans to Christianity and told them that: "God was white, politics was reserved exclusively for whites". And that, if ever the Blacks / Africans wanted one day to meet God or understand politics, they had to, first of all, "Forgive the Whites for all they have done to them." However : they've actually done it.

For their part, the Blacks / Africans have said : yes - Amen! So be it, Dear White Masters, direct descendants of God!

The last straw is that since then many Blacks / Africans have indulged in white proselytism. Some of them even fight, beaks and nails, to defend, "The false Christian religion and others have become tireless defenders of the demonic politics of White / West ». At the same time, the Blacks / Africans lead the campaign to denigrate everything that has to do with their religions and their own cultural and traditional values.

This is why today whites sing, beat time, and blacks / Africans sing and dance the anthem of white supremacy. It is a means par excellence for them(whites) to ensure control of the narrative of black / African subjugation across the world. 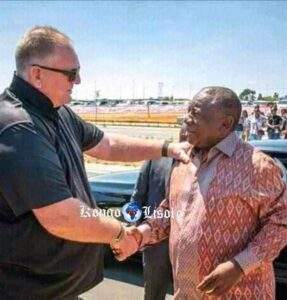