Why do the whites always represent SATAN as a black man? ... Even some of our own sisters & black brothers are convinced that Satan was (is) black, as white racists tell us, often assisted by our colleagues

But, as the black man concentrates on a paradise where he must at all costs inherit, his primary rights flouted, his dignity challenged, say absolutely nothing to him. He accepts to strip his race for a God and a dubious paradise.

But these racists who make these kinds of representations forget one thing, that the crimes of the father of Jesus and his people in the Old Testament were a million times higher than those committed by Satan. And most of them were against Ethiopia, an African country.

Poor biblical Satan having just killed 4 people so Job's children (Job 1: 19-20) is far less criminal than the creator of heaven and earth, who has drowned the whole planet. 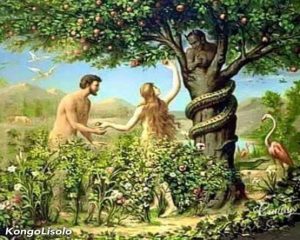