Debate: the beauty that comes from pain; one must accept or endure transient pains to benefit from beauty forever; and that's the beauty of our dear culture, that of the Druids?

Mainz was represented as having a body enveloped in light and wearing a crown of twelve stars, which confirms that it was the representation of the constellation of Berenice / Constellation of Virgo, which constellation is traditionally associated with Aïssata (branch) or Ishtar, Mainz, the Virgin Mary and others.

According to Gérald Massey, Stonehenge was built by a Morien / Black. In this regard, read the book entitled: "Beginning book".

According to G. Adolf Koch, the Druids practiced the cult of the "Great Luminary", of which the Beltane Festival, also known as the "Setting down of the sun", was in fact an astronomical or astrological event that had taken place. September 21, 4468 BCE, when in the fall, the sun's equinox was in conjunction with the Milky Way. 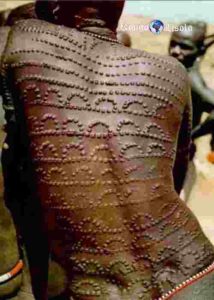