Ivorian beauty: Simonne Gbagbo, had she saved her husband Laurent Gbagbo from the irreparable? “Behind a great gentleman there is a great Lady”, a popular saying goes; Ivorian First Lady Simone Badgbo had to be there for the worst not to happen to her husband

French imperialism having dragged the former presidential couple Gbagbo and the whole of Côte d'Ivoire in the mud, Simone Gbagbo knew how to read the signs of the times. She had made a statement that was so revealing of what would happen if the former Ivorian presidential couple opted for the option of fleeing amid a shower of French and UN bombs. It was during his trial in court on Allassane's orders Dramane Ouattara, the puppet of the French, Westerners and the UN.

" The struggle continues. I am still in this fight. This is why I am in front of you. The choice to give up and flee would have been more serious when we were bombed. I would not have left my nation in the hands of France and her allies. As long as I live I will continue to fight against the colonizer, mBut if I die, the Ivorians will continue to fight ” (Simone Ehivet Gbagbo).

It is clear that it was Simonne Gbagbo who advised her husband not to take the risk of fleeing. Otherwise, they would all be killed. 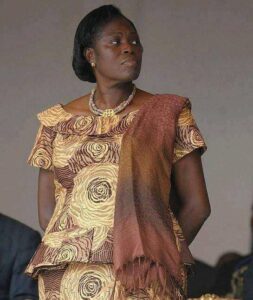