Debate: Were Jews Slaves in Egypt? The Holy Gospel, considered the most authentic, is of great help in helping us to understand whether or not the Jews were slaves in Egypt.

Here is what the Jews clearly say in the Bible (John 8:33): "That they have never been slaves to anyone":

It is clear that the history of slavery in Egypt is highly symbolic. And that the glorious pharaohs never inflicted on the different peoples who came to recharge their batteries in Africa(Egypt). Because these pharaohs were swimming in an ocean of wisdom.

This is why Moses, supposed to have freed the Israelites (the Jews) from slavery in Egypt, was instructed in the almighty wisdom of the Egyptians (Acts of the Apostles 7:22). A wise people like the Africans could not therefore make another people (the Jews) slaves. 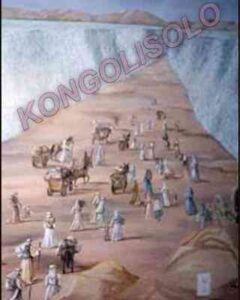