Duty to remember: Mobutu's last letter to Jacques Chirac "Marshal Mobutu threatens to denounce the crimes of the Americans in Angola, expresses his bitterness to the French president"

He finds that he has lost efficiency with the population. Finally, he expressed his intention to hand over power to Kabila, but ill, Mobutu continued to take himself for God on earth to the point of casting doubt on Kabila's personality.

Kinshasa, May 11, 1997, To His Excellency Jacques Chirac, President of the French Republic.

First of all, I would like to offer you my sincere greetings. To you, as well as to Madam your wife. In the name of the very long friendship that has bound us for more than a decade. Today the situation is painful for me. In front of the gravity of the moment. First, at the level of my power where I lost efficiency on the population. Then, at the military level, it is impossible for me to stop the advance of the rebels towards Kinshasa which they can reach at any time.

Regarding Kinshasa, I cannot favor an unnecessary bloodbath. Because, in any case, the rebels will reach it well. Everything is a matter of time. Need I remind you that I am facing an unjust war? Today the United States and Britain through South Africa, Uganda, Rwanda and Angola use band leader Laurent Désiré Kabila to stab me in the back taking advantage of my illness.

In the past, the United States was my allies, remember the Angolan episode. I reserve the right to publish my memoirs in the coming days. Then the whole world will finally know some unsuspected truths. My friend, you know as well as I do that the band leader Laurent Désiré Kabila is a dubious, genocidal and inappropriate personality to lead Zaire as head of state. I have tried everything to prevent this, mBut his Western masters, the United States in this case support and encourage him in this direction.

Faced with American obstinacy and the continued deterioration of my state of health, I am obliged to announce my intention to transfer power to Kabila during our next meeting on Utenika May 14th. 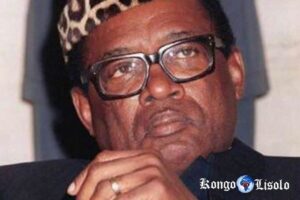