Duty to remember: Laurent Gbagbo's last minutes as President of Côte d'Ivoire “We are on April 11, 2011, under a shower of bullets and projectiles targeting his residence, Laurent Gbagbo is finally arrested by the coalition of forces of Alassane Ouattara and the UN "

The image had gone around the world when the humiliated Gbagbo was taken like a rat. Belly rattling and all traumatized,  they dragged him like a thief as he moaned and trembled like a little child, hinting at the words: " Do not kill me ! » It is only in Africa that heads of state are treated in this way.

The worst part is that it is blacks / Africans that we see humiliating their brothers. Of course, we will be told that the French were behind Ouattara, but here, there are no French people humiliating Gbagbo.

This is food for thought: until when Blacks / Africans will they continue to humiliate their leaders? Can they not reserve a minimum of dignity for them? It's all about choice: dignity is priceless. Humiliate a leader Black / African as we had done in Gbagbo, it is to humiliate a whole people and a Continent. 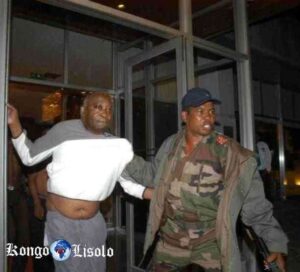