Haitian beauty: Joséphine Baker, first black world super star of Haitian origin "Few of us know that Joséphine Baker was Haitian and proud of it" ... (VIDEO)

In 1934, she wrote the song "Haiti" to tell the beauty of her native island and express the love she has for him. Josephine was the first black artist known worldwide. She was very committed and used her notoriety to denounce discrimination against blacks.


For example, during segregation in the United States, Josephine refused to appear in front of an audience separated by color, with the whites at the best seats and the blacks at the back of the room, even if they gave up substantial seals. 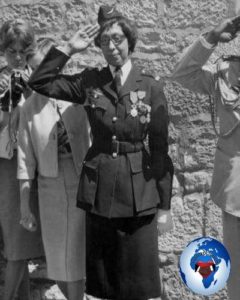 Born June 3, 1906 to Carrie McDonald and Eddie Carson, she grew up in the poor neighborhoods of Saint-Louis (Missouri). At the age of 13, she left the family home and became a waitress. She began as a dancer in small troupes, then she joined the troupe The Jones Family Bound which performs from Washington to Saint Louis. At 18, she moved to New York, where she participated in several productions including the folies bergères and the Revue Nègre.

In 1925, his troupe performs in Paris at the Théâtre des Champs-Elysées. The young artist quickly conquers the Parisian public where fashion jazz is raging. Cabaret dancer, she interprets a painting called « the wild dance ". A year later, she led the magazines at Folies-Bergère. She dances there, dressed in her famous banana belt, and begins to sing. It was in 1930, at the Casino de Paris, where her review succeeded that of Mistinguett, that she performed « I have two loves ". In Europe she accumulates successes: she was named queen of the Colonial Exhibition in 1931, plays in « Zouzou ”with Jean Gabin and in“ Princesse Tamtam ”, performs at the Casino de Paris in « If I were white "and climbed in 1934, « La Créole ”, an operetta by Offenbach. 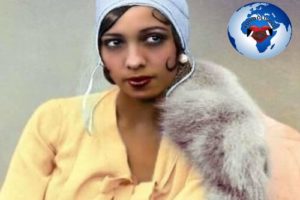 The following year, Joséphine Baker, back in the United States, presented her show to a very mixed audience. She returns to France where, in 1937, she marries a Frenchman and becomes a French citizen.

At the declaration of war, it can still occur Folies-Bergère and at the Casino de Paris alongside Maurice Chevalier. Faithful to her adopted country, Joséphine Baker joined the resistance, working for the intelligence services of Free France with the rank of second lieutenant in the Air Force, a female auxiliary body. It's Daniel marouani who proposes to Jacques Abtey, head of military counterintelligence in Paris, to hire him. So, during the funny war (September 1939 and May 1940) Joséphine Baker collects information on the location of German troops from the officials she meets at parties.


At the same time, she performed on the Maginot Line to raise the morale of the troops. But, from the summer of 1940, the Maginot Line crossed and following the racist laws of the Vichy government, it was prohibited from performing. Expected to go on tour in Portugal and South America, in the company ofAbtey, she brings to Portugal information written in sympathetic ink on her scores. She goes back "The Creole" in order to be able to reconnect with Paillole in Marseille before joining Abtey in Portugal then neutral country, then to leave for North Africa. Leaving for Morocco, she helps Solmsen, film producer of German origin, and his friend Fritz to leave France. 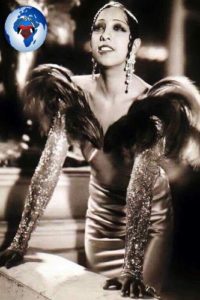 Based in Marrakech, she cultivates political relations: Moulay Larbi el-Alaoui, the sultan's cousin, and Si Mohammed Menebhi, his brother-in-law, son of the ex-grand-vizir, and Si Thami el-Glaoui, the pasha from Marrakech. From 1943, Joséphine Baker became a true ambassador for Free France. In the spring, she undertakes an extensive tour of the Maghreb, Egypt and the Mashreq. On this occasion, she officially becomes second lieutenant of the auxiliary female troops of the French Air Force. This activity of resistance of Josephine is made public since 1949 by a work of Jacques Abtey, the Secret war of Josephine Baker, accompanied by a letter of the general de Gaulle.

Official recognition was acquired on August 18, 1961: General Valin presented him with the insignia of the Legion of Honor, as well as the Croix de Guerre with palm. 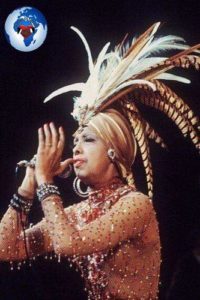 Remarried to Jo Bouillon, she invests in the defense of civil rights and comes to the aid of war victims, chaining charity galas. Her charitable activity took precedence over her career from which she retired in 1949. She bought a castle in Milandes, in Périgord and began to adopt orphaned children.