Television constantly bombards us with countless stereotypes and clichés. That bogus programs that only convey emotions, buzzar things, which are useless, which do not advance to nothing. “Television in Black Africa maintains idleness more”.

Most television programs destroy more than they build black / African families. If television program designers or television owners make a lot of money, what do black families earn?fricanes to watch them ?? "Television in Black Africa is a real time bomb". 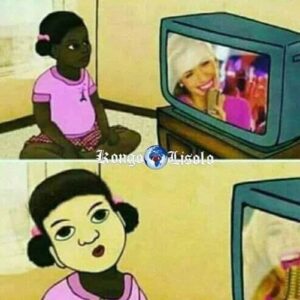