The splendor of yesteryear Africa is possible: this is not propaganda but a real status, African people it is time to stand up for our continent, stop the trivialities, let us look at the truth in the face of the east, west we are invaded and looted

Diamond or gold : everyone wears it, except the person who goes to get it underground. This person does not even have the means to eat. Tiken Years Fakoly sang : "My country is going badly", speaking of the Ivory Coast, mBut I say that Africa is sick.

Big Heart For Africa. Let's go back to the past to better advance in the future, it is possible to rediscover the splendor of Africa of yesteryear. "He who does not know his history is condemned to repeat unceasingly". (Pablo Escobar). 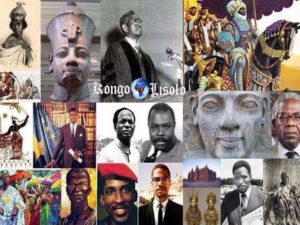