Congo: Léopoldville 1928 - first public transport on the streets… Document from the illustration of the automobile industry and transport company In Congo (ACTI), which operated the first bus system in the capital in February 1928

Buses offered 22 seats, 18 of which were reserved for whites. Despite the colonial facilities well linked to its board of directors, including Colonel Georges Moulaert (who created the first city in Kintambo in 1911, and candidate for the governor general in 1933).

Albert Paulis (who built the Katanga railways), and General Alphonse Cabra (who questioned the border with Angola), the service did not take place. The company was liquidated in October 1932, suffering from depression, apparently because downtown Kinshasa did not develop as expected. 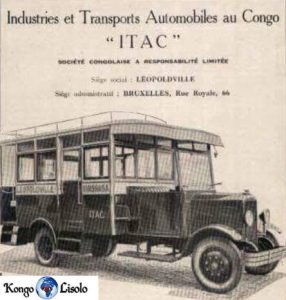