The Peulh from the Nile valley to the Senegal river: the terms “Haram, Râ, Mana, Maa, Lah, Sah, Dunia, Duwa, Ham, Him, Wat, Waa, Etc”; are substantive radicals which come under the sacred glossary of the primordial language which covered the geographical area of ​​the Black / African continent, from the Iberian peninsula to the borders of the Indian continent and they translated either the names of deities, their attributes or their functions

It is therefore not the so-called Arab influence since the Peulh cultures, like the other so-called Nilo-Saharan cultures, predate the Islamo-Turkish wave and belong to this ancient stratum called the first peoples (-7500 years BC). ).

More precisely the term " Haram "Should be understood as swearing before the divinity" Ra "as when the Nilo-Saharan cultures had reached the solar cult before successively the cult of totemism, the stellar cult then the lunar," Amon-Ra » (solar deity) which was also practiced in ancient Egypt.

According to research data from linguistic archeology, we therefore understand that the Semitic languages ​​in this case Aramaic, Hebrew, Arabic and Geez, supports of so-called revealed religions due to their historical and societal success with almost global reach, have only taken up and then exported to the rest of the world, this strong and ancient Black / African theological lexicon. 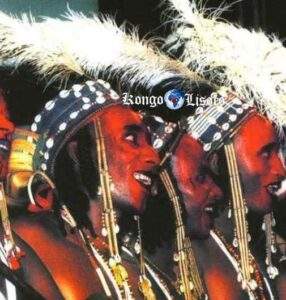