Zoos, humans, a little or not known history: during the colonial era many amusement parks were born in Western countries "This is largely unknown or hidden from the general public"

By nature, zoos have the role of sensitizing the youngest to respect the environment, the protection of nature and the conservation of animal species. Curiously, during the colonization, the invading wolves of the West created human zoos.

Today, these human zoos, exhibitions, ethnological villages or negroes remain complex subjects to be tackled for countries that highlight the equality of all human beings. In fact, these zoos, where Blacks / Africans exotic mixed with wild beasts were shown behind the gates or enclosures to a racist audience superlative eager for distraction. “Colonial France and human Zoos a national disgrace for the so-called evolving peoples! »

At the zoo. - All these animals have a decent outfit, except the monkeys. We feel that the man is not far away. 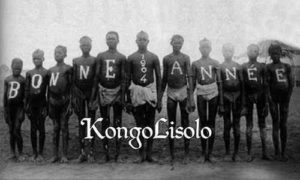