Through our different cultures, our beliefs and our ancestral traditions, we find, without fail, all the elements demonstrating the prominent place occupied by women in our societies.

It is indeed for this reason that the main triad of the so-called “ Blacks / Africans », Was never composed of the Father, the Son and the Holy Spirit as in Catholicism and among many Christian religious denominations, but the trinity Black / African (Bantu) is composed :

In view of the above, it is clear that the West has nothing to teach Blacks / Africans (Bantu) in terms of gender. - Blacks / Africans, are sufficiently advanced since the dawn of time on this question. The eloquent proof is none other than, in the trinity Black / African, the woman comes first. This is why the Matriarchal System has proven to be the better than the patriarchal one. 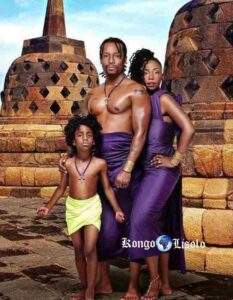