Why Makin Tosh had canceled his four concerts in Israel? We are in 1979, when, against all odds, Peter Tosh, nicknamed Makin Tosh (born October 19, 1944 and died September 11, 1987) cancels four concerts he should deliver in Israel as a protest against the agreement of weapons that the Israeli Government had just concluded with the Government of the white minority of South Africa… (VIDEO)

The long-awaited event had not taken place: “There is no way that I can sing about and speak about equal rights and justice and helping the oppressed in a country that provides South Africa with the weapons to suppress blacks / Africans and prosecute the 'Apartheid', had declared Makin Tosh.

According to the publicist of Tosh, when told that the cancellations in question would result in a loss of over US $ 80, Tosh replied : “When it comes to my message, money is secondary”.

Remember that the Rasta Man Tosh would have been the first reggae artist able to perform in Israel. He thought it better to lose several tens of thousands of dollars rather than going to perform in a country that supported the apartheid segregationist political system which trampled on the Black / African Race, the Owners of South Africa, the Rainbow Nation. The artist musician Makin Tosh, companion of Bob Marley, has remained true to his “Me deep! " 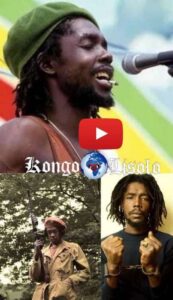