Rosalie, nicknamed the mulatto Solitude, was born to 1772 and died in 1802. She is a historical figure of slave resistance on the island of Guadeloupe, considered a heroine

Solitude is the daughter of an African slave raped by a sailor on the boat that was deported to the West Indies, she was nicknamed "The mulatto." She lives for 8 years alongside his mother in a plantation. The latter then abandons him by fleeing.

Solitude knows the abolition of slavery in 1792. She then decides to join the community of "brown niggers" of Guadeloupe grouped in the commune of Goyave. This community is led by a certain "Moudongue Sanga."

It is with this man that Solitude really understands the condition of his family and decides to flee with them ... Despite its color, fruit of its miscegenation, it manages to be accepted.

In 1802, when Napéléon decided to restore slavery in the West Indies, she decided to join the call of Louis Delgrès.

Solitude meets a recently arrived African slave named Maïmouni, with whom she knows love. The one who is now called Solitude, becomes pregnant. She does not give up however the fighting and fights alongside the fighters of Delgrès, who face the troops of Richepanse.

She survives the battle of 8 May 1802, but she will be executed in November 1802, the day after her delivery. The settlers wanted to recover the child of Solitude before executing it, in order to sell it to a slave owner.

Today many monuments pay tribute to this major figure, especially in Guadeloupe, where a statue of the mulatto Solitude sculptor Jacky Poulier was erected in 1999, in the neighborhood of Baimbridge Abymes. 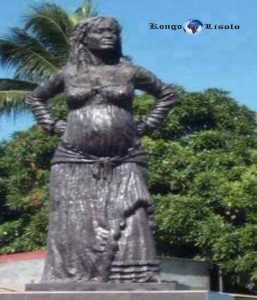