If the God of Israel was omniscient, omnipotent, unparalleled, full of love, why had he let Adam and Eve consume the forbidden fruit? Where do the inhabitants of the city where Caen went to meet his future wife come from when at the moment he is only supposed to have three people on earth ??

Who has witnessed the story of the creation of humanity to the point of making an exhaustive report? Where was this God when he created the heavens and the earth ?? Here is a decryption of the biblical myths that naive Christians consider to be real facts that happened at a given time in human history.

The story of the Torah and the Bible on the consumption of the forbidden fruit by the so-called first couple of mankind makes one think and risks to make believe that the God of Israel is a wicked god. His worshipers are unanimous that he is omniscient, omnipotent, without equal. Yet, if he was, he should have prevented Eve to go towards the serpent and the serpent to seek to tempt Eve. Thus, there would have been no original sin and no billions of human beings who are born sinners and who will go to hell for a crime they did not even commit.

We risk believing that this god of Moses was an accomplice since he allowed the beings that he himself created to perish.

Adam and Eve had two children Caen and Abel, together they were 4 in the world. Caen kills Abel, there are 3 people left on earth. As Caen could not sleep with his mother to reproduce, God sent him to a city where he could meet the one who would become his wife, but who are the people of this city ??

In the logic of the Torah story, these people could not be on earth, because there was only Adam and Eve that God created and the two children minus Abel killed by Caen, which remains three people on earth. So where do the people of the city where Caen is going to meet his future wife come from? 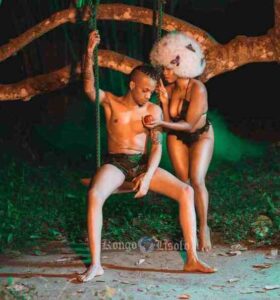