When racism invites itself into Egyptology; because of racism, Egyptologists in Sudan often thought they were excavating the remnants of an offshoot of Egyptian culture, as they did not believe that "Black" Africa was capable of producing a great civilization

However, in Greek traditions, it is said of Memmon, a legendary king of Nubia, that he had fought during "The Trojan War", and thus spoke of the people of Nubia: "They were the most beautiful and the greatest of the earth, whose piety was so great that the gods preferred their offerings to those of all men ”.

The Greeks also knew that the historic Nubian kings had once conquered Egypt and that they were the result of the 25 th dynasty.

However, the Greeks did not call these people, "Nubians or Kushites", like us, they rather called them under the name of "Aetiops" (Ethiopians), which means "Men with burnt faces", because they perfectly knew that Nubians had Black skin as they are today in the same region (Timothy Kendal, archaeologist).

The spirit of racism and scientific hypocrisy still haunts many Egyptologists. They must know that the peoples, who now occupy Egypt and North Africa, are invaders from overseas. 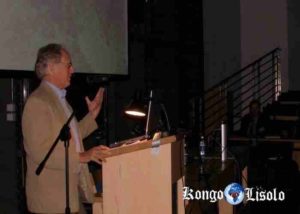