Souvenir of Taz Bolingo: do you remember this Taz Bolingo orchestra? But where did they go ?? Women have always played an important role in the music industry around the world ... (VIDEO)

Among many groups that made the world of music beautiful, there was a group made up exclusively of "women, musicians". It was called the “Taz Bolingo Orchestra”, based in Kinshasa / Zaire (today DR Congo). It was created in the early 80s, but did not last long due to internal constraints.

Again in 1988, a group of female journalists in Kinshasa revived it and played many Soukous genres. Just like what happened to the previous former members, distrust had settled, accusations of theft of the husband and boyfriend, an uneven distribution of the profits collected, etc. Had become a common feature.

This led to the resignation of some members; then the group collapsed again. Below, a video of one of their concerts. 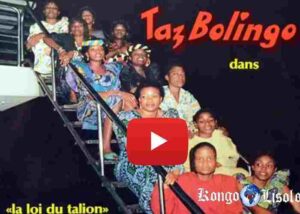