The origin of telecommunication: if, concisely, telecommunication is understood as distance communication; originally, it was more of an art to communicate directly with the stars; in Africa, it is a transmission system between the microcosm (man) and the macrocosm (the universe)

Like the Dogon of Mali, all the great peoples of Africa have always sought to communicate directly with the stars. And, originally, when they lived in the KMT (Egypt), the term to communicate was "Tellem". This word was strongly associated with the people of "Pa-Ta / Ptah", who brought the verb "Tele - Communicate" to the rest of humanity. In ancient Africa, astrology was not just a mythomania, but a highly divine and spiritual telecommunications language.

And there is no doubt that the word "Television" comes from the Greek root "Tellum", which itself is only an adaptation of the African term "Tellem". It is the same for the root of the words which gave: "Telepathy, Telephone, Telescope, Remote control, Telework, Teleconference (...)". All of these things, which are reliable means of communication today, tell us more and more in substance that the peoples of Africa have always been, in fact, people who still communicate both spiritually and physically.

This is why, for example, the Dogon of Mali know so much and always understand as much about stars or stars as "Sothis" (Sirius) or on planets such as: "The moon, the Sun Saturn, Jupiter, Venus , Uranus (…) and many more »Why? Precisely because, since Kama, African Universities have followed not only a specific thought, but also an idea of ​​communication close to that of the Dogon which, as we know, is both spiritual and physical.

This is undoubtedly an approach that has proven to be reliable, which is the best and always will be, because it has no limits, neither physical nor spiritual. It never ends. 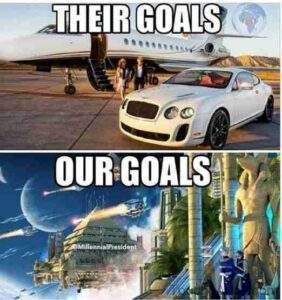