If the Bible and the Koran contain adaptations or if they are plagiarized from African teachings, this should not legitimize the Christian and Muslim religions as being predominantly African. Because it is these two books which are at the base of the brutality of the Africans insofar as those who brought Christianity and Islam destroyed all that had like African spirituality.

Africans, instead of being content with copies, should instead seek their original teaching which truly reflects them, which reflects their glorious Kemet. The blacks have for places of Jerusalem (Israel, Palestine), Rome and Mecca. Because these places are considered holy places of the Abrahamic religions. And no place of pilgrimage on African territory. Why ?? Because, according to these religions imported on the continent, Africans do not have God and religions.

It was Emperor Constantine who forcibly decreed the so-called Christian religion. To this were added the myths of the Council of Nicaea founded in 325 AD. And it was in the 7th century AD that the so-called Prophet Muhammad gave the message contained in the Quran. It has nothing to do with Africa and Africans.

The Bible and the Koran are epics which cannot come close to the high spirituality of Kemet. There are not 150 solutions for Africans to find their true spirituality: they must return to their roots and reject biblical and Koranic fabrications. 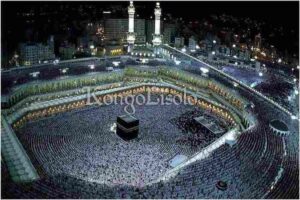