Lumumba presents a Belgian spy to the press: In its delivery 1473 15 September 1960, the evening illustrated tells an incredible story in its own words

This incredible event, which occurred at a particular moment in the history of Belgian-Congolese relations, made the front page of the weekly. During his conference, a Belgian citizen was introduced to the media by Prime Minister Lumumba as a spy in the service of his state.

Unfortunately, his identity is not revealed. We do not know where, when and how he was apprehended. What was his fate? 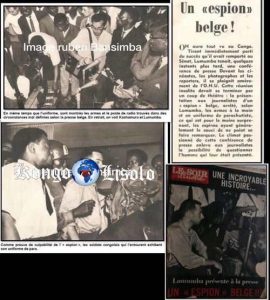