Were there Black / African and Afro-descendant or Nazi collaborators? Blacks / Africans or Afro-descendants openly committed to the cause of Nazism can be counted, fortunately, on the fingers of one hand

During the war, in South America, a spy trained in Paris by the Nazis, of Afro descendant, was arrested. There were also a few isolated cases - sometimes blunt - of Afro-descendants who fought in the LVF (Legion of French Volunteers) or the Charlemagne division and who were engaged on the Eastern Front. Norbert Désirée, for example.

Several West Indian personalities got lost in the collaboration: they are the Guadeloupean Gratien Candace and the Martinican Henry Lémery. Candace voted full powers for Pétain, Léméry was Minister of Vichy. Lénis Blanche - who was also the first Guadeloupe to enter the École normale supérieure - was accused of having been a little too close to the governor of Guadeloupe appointed by Vichy, Constant Sorin.

Besides these very marginal cases, the vast majority of blacks / Africans and Afro-descendants united against the Third Reich, courageously fought against Nazism and paid the price for it. 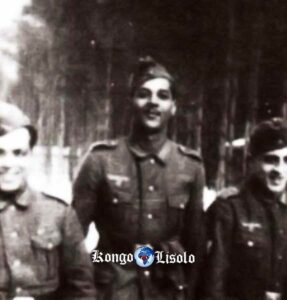